Michael Schumm is the Headteacher of one of Shepherd's Bush best local primaries - St Stephen’s CE Primary School on the Uxbridge Road.

St Stephen's is a great local school, one where parents are invited work together with staff to produce outcomes which have earned the school the classification of "Outstanding" from Ofsted.

Visit a classroom at St Stephen's and you will see happy children eager to learn, in an environment that feels both challenging (expectations are high) but also supportive and nurturing. Parents are encouraged to get involved and also to put their hands in their pockets for FOSS - Friends of St Stephen's.

In this interview, republished from an original interview at https://www.resource-arm.net/, head teacher Michael Schumm explains how he led St Stephen's from being a failing school in special measures to "Oftsed Outstanding" today. 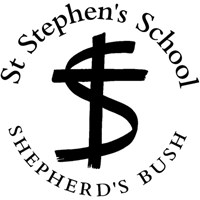 "I have been the Headteacher of St Stephen’s CE Primary School for ten years and I can say quite truthfully that God is at the centre of our school. I may not always remember that – but He is always there leading me and our school forward along such a clear pathway, that as I look back I wonder how I missed the signs at times.

We had been living outside of London, in Ely, and I was teaching in a small village school but desperately wanted to move back to London. I convinced my wife Rachel, resigned from my job, we sold our house and only then did I start looking for a job. As I write that down today, I am bewildered at the order of my decision making!

The moment I walked into St Stephen’s, I knew this would be the place for me. I applied for the job and got it. I worked with a fantastic Headteacher and within a year the school was out of Special Measures. I then began to think about moving to another school but unexpectedly the Headteacher informed me she was resigning.

I applied for the job and got it. I soon learnt that getting a school out of Special Measures is hard, but changing a community’s view of a school that has been in Special Measures is much harder. One of the first things I did was to ensure that our status as a Church of England Primary School was evident from the moment you walked through the gate. That meant creating an ethos built on strong Christian values and not just hanging a few crosses in the classrooms.

New parents began arriving, parents with a strong faith who felt God had led them to St Stephen’s. A group of parents set up a prayer group and began praying each week in the school. A new vicar came to the parish and we began to pray together every Monday morning. Slowly but surely, God began to change our school and our community. So many positive things happened to reinforce and encourage us in our vision for our school.

We were awarded a grant to buy part of the vicarage garden and an old, near derelict parish hall to convert into an Early Years unit. We prayed and prayed for the development of our school. So many obstacles were put in our way, but God knew what He was doing and in 2009 we opened our new building.

Two years later, God set us another challenge: could we share our school with more of the community? Could we double in size, to become two form entry? But right in the heart of Shepherd’s Bush, where would we find the space? Finally we decided to investigate the possibility of squeezing a new classroom block onto our small car park. At a meeting, the architect commented that it was a shame we couldn’t buy the house next to the car park and develop it as part of the new building. We realised that was the only practical way to make the expansion of the school work.

So one Saturday morning I found myself standing outside the house, texting the Chair of Governors to start praying, as I was about to ask the owner if he would sell his house to our school. I decided to try bargaining with God! If he sold us the house, I would go to New Wine with my wife and three boys (they would go every year, while I enjoyed a quiet week at school recovering from the summer term). Big mistake!  The owner of the house was facing redundancy and would happily sell his house to the school. So off I went to experience the joys of camping for a week!

Two years later, and as I look out of my office window and can see our new upper school building nearing completion, I can feel the presence of God surrounding our school so strongly. I have been incredibly fortunate to work with such a committed, dedicated and gifted team. We have staff who go above and beyond the norm in their commitment to the life of our school. The parents support our school, fundraise tirelessly and of course share their greatest gifts with us – their children.

I am so incredibly proud of the children at St Stephen’s, who are bright, well behaved and a shining example of a school community that works together for them.

I strongly believe you lead by example. That has meant cleaning up vomit, sweeping the playgrounds, serving school lunches – and also meeting with Ofsted Inspectors to be told our school is now ‘Outstanding’. I love it all (well, maybe the vomit is pushing it!). Our mission statement says: ‘God is at the centre of our caring community, which celebrates the diversity of the local area’ – and it is a privilege to play a part in the leadership of such a special place."

Michael Schumm, originally from Middlesborough, lives in Ealing with his wife Rachel and his three sons Ben, Joe and Max. He worked as an actor before becoming a teacher, and later Headteacher of St Stephen's Shepherd's Bush.

The Shepherd's Bush Blog offers a personal view on life in Shepherd's Bush. If you would like to contribute a story about our neighbourhood, email us at shepherdsbushblog(at)gmail.com.

Posted by The Bush Telegraph at 13:16