With the polls narrowing, and Slaughter having increased his majority at the last election, Charlie Dewhirst's task seems like a tough one. Still, Hammersmith will be on the wish-list for Conservative Party strategists hoping to win this seat in a gentrifying area of West London.

We asked Charlie Dewhirst the same questions we put to Andy Slaughter last week.
Read more »
Posted by The Bush Telegraph at 13:56 No comments:

He is now fighting for re-election again, facing off against his Conservative rival, Charlie Dewhirst, who also ran against him in the 2015 election. We asked Andy a few questions about the major issues on which voters will cast their ballots.

Read more »
Posted by The Bush Telegraph at 01:31 No comments:

Election Debate at St Stephen's Church on 24 May 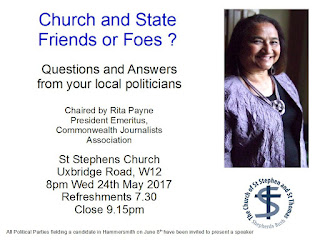 St Stephens Church on the Uxbridge Road is hosting a political hustings next week on Wednesday 24 May, inviting all the political parties running for office in Hammersmith to speak.

The Panel will be chaired by independent journalist Rita Payne, and the subject of the debate will be "Church and State: Friends or Foes".

Come along on wednesday and put your questions (on any subject) to the candidates who are running for office in the General Election on June 8th.

Read more »
Posted by The Bush Telegraph at 01:02 No comments:

Six candidates are to contest the Hammersmith constituency in the 8 June General Election.

The principal candidates are local councillor Charlie Dewhirst for the Conservatives and Andy Slaughter for Labour, making this contest something of a re-match of 2015, as these are the same two candidates that faced one another in the last General Election. They are also the only two with a serious chance of winning the seat.

The other candidates are Jack Bovill for UKIP, Jagdeosingh Hauzaree, an Independent,  Alex Horn for the Greens, and Joyce Onstad for the Liberal Democrats.

Read more »
Posted by The Bush Telegraph at 01:45 No comments: 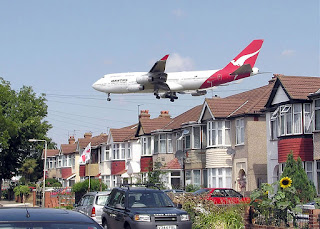 The Third Runway will result in many new flight paths and, for the first time, Shepherd's Bush, Askew Road, Ravenscourt Park and Chiswick will be affected.

What will this mean? In short, a dramatic increase in noise levels, with aircraft directly overhead every 90 seconds from approximately 5.30am to 11.30pm.

So the question for residents of Shepherd's Bush is, can the Third Runway still be stopped?
Read more »
Posted by The Bush Telegraph at 03:42 No comments:

Register to Vote by Monday - Or Lose Your Vote 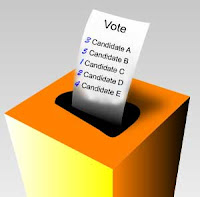 Monday 22 May is the last chance to register to vote in the coming general election.  By now you should have had a letter confirming your registration and letting you know where your polling booth is located. Usually, it's a short walk from your house.

Plenty of people aren't registered in our Borough, and the 2014 changes in voter registration appear to have made things worse, especially among certain groups, such as students and minorities.

According to a recent piece in the Guardian, voter registration among school leavers has fallen 25% since individual registration of voters (rather than registration by the head of a household) came into force.

Read more »
Posted by The Bush Telegraph at 09:42 No comments:

Another vision of the new White City development has been published in the Evening Standard.

It's a promotional piece, but it has some nice 3D images of the future of White City, and gives a useful impression of how the redeveloped neighbourhood will look.

On the left you can the see the new John Lewis department store, part of the ongoing expansion of Westfield, and further to the left the tall towers of the St James development on the old M&S warehouse site.

Pergola on the Roof is Back

Pergola on the Roof, the rooftop restaurant that brings outdoor dining to the top of the old soon-to-be-demolished carpark on Wood Lane, re-opened to the public on 3 May.

Open all summer long, until 1st October, Pergola on the Roof follows on from Storeys, the 2015 street food venture that brightened up White City for the summer of 2015.
Read more »
Posted by The Bush Telegraph at 01:37 No comments:

Email ThisBlogThis!Share to TwitterShare to FacebookShare to Pinterest
Labels: Eating Out, Pergola on The Roof, White City, Wood Lane

Plans for the old Unigate Dairy site in White City will soon go on display.

Imperial College London, who own the land and plan to develop it, are holding a public consultation on their proposals for what will be the southern part of their new White City campus.

The university, which is building from scratch an entirely new campus in White City, says that feedback from the event will be considered before a planning application is submitted to our local Council (LBHF) later this year.

Read more »
Posted by The Bush Telegraph at 09:50 No comments: