ITV Studios is to relocate from the South Bank to White City Place and Television Centre.

ITV Studios is moving its Daytime production business from their present location south of the river Thames to White City, described as a "growing hub for the creative industries in west London".

ITV Studios Daytime will be based in White City during the redevelopment of their South Bank site.

Read more »
Posted by The Bush Telegraph at 01:56 No comments: 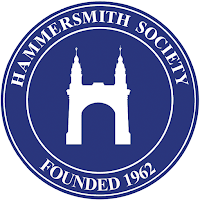 Every year the Hammersmith Society hands out awards for good architecture in our neighbourhood - and wooden spoons for bad projects which make our urban environment worse.

So, who were the winners (and losers) this year?

Grenfell Tower - How Can Our Community Help?

The one redeeming feature of the appalling Grenfell Tower fire yesterday has been the way our community has spontaneously come together, with remarkable displays of generosity from local people, offering money, food, blankets and comfort to those displaced and injured by the disaster.

In this guest post Anne Cowley, Associate Vicar of St Stephen's Church on the Uxbridge Road, writes about her experience of yesterday's fire. She also writes about what local people can do to get involved and help out.

Read more »
Posted by The Bush Telegraph at 02:41 No comments:

Anyone in our neighbourhood kept awake last night by the sound of helicopters will have sensed that something bad was going on.

A huge fire ripped through Grenfell Tower, one of the big tower blocks next to the Kensington Leisure Centre.

The blaze was immense and will doubtless have claimed many lives.

To see the full story, see the BBC's report here, and the report from Shepherd's Bush W12 here.

Read more »
Posted by The Bush Telegraph at 01:18 No comments:

Labour's Andy Slaughter has won a thumping victory in Hammersmith, thrashing his Conservative opponent and, once again, more than doubling his majority.

Read more »
Posted by The Bush Telegraph at 01:09 No comments:

Parliamentary candidate Andy Slaughter has put saving Charing Cross hospital at the heart of his campaign to be re-elected.  All over our Borough there are signs saying "Save Charing Cross - Vote Labour".

Trouble is, does Charing Cross need saving? Earlier this year our local NHS Trust sent LBHF leader Stephen Cowan a letter saying that it doesn't. They reprimanded the Council for their misleading claims about Charing Cross, pointing out that it is not in fact under threat of closure. To see the letter yourself, follow this link.

Read more »
Posted by The Bush Telegraph at 01:44 No comments:

Joyce Onstad is the LibDem candidate for Hammersmith in the General Election on Thursday. In recent weeks we have seen the Conservative Party's polling numbers decline, but the chief beneficiary of this has been Jeremy Corbyn's Labour Party, with the Lib Dems generally less successful in benefitting from the Conservatives' troubles.

However, all politics is local, and the Lib Dems will be looking to improve their position in our Constituency on the result in 2015. Could an outsider take the seat? It seems unlikely, but Joyce Onstad insists it is possible. We put the same questions to her that we did to the other candidates last week.

Read more »
Posted by The Bush Telegraph at 02:12 No comments: